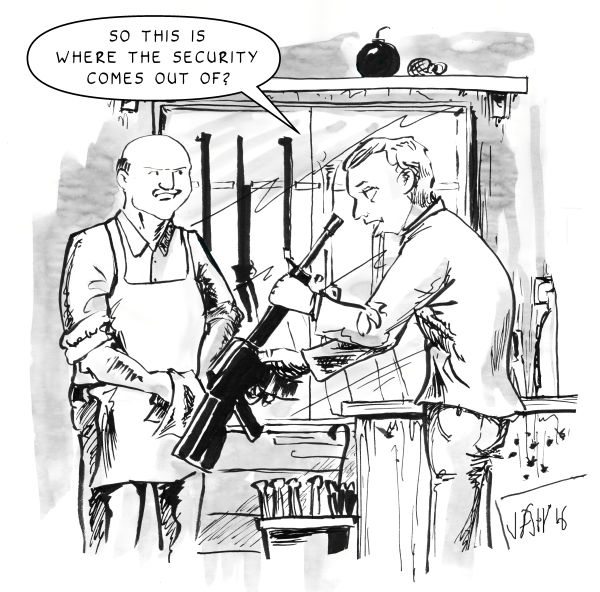 I usually don’t make cartoons about topics that aren’t so topical on my home turf because I don’t want to intrude on debates held elsewhere. Especially when it’s a topic where Europe or Germany is ahead of the people debating it. That would just be smug, wouldn’t it?

But I think this cartoon is broad enough to work here, too, so it should be okay.

(Granted, our gun laws aren’t perfect. People still get shot when they shouldn’t. But they must be achieving something because it’s still relatively safe here.)

Con news: This weekend, I’ll be at Comic Con Germany in Stuttgart. Feel free to drop by for a comic or a sketch or a chat!