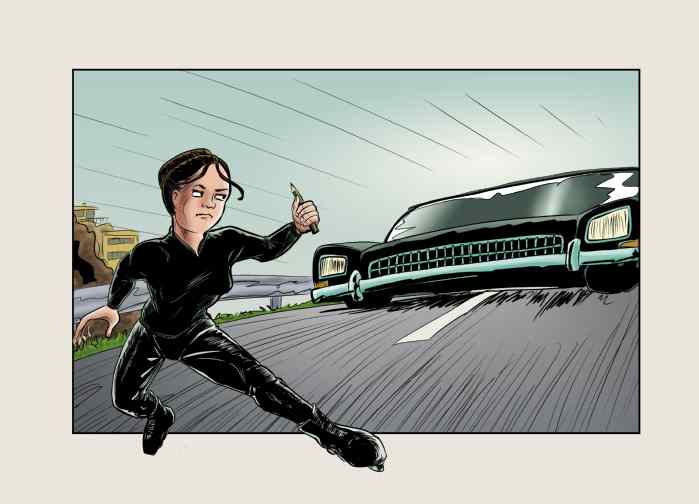 Olga began her life as a supporting character to my Superhero comic, RECEPTION MAN. Basically, she’s the Lois to Reception Man’s Clark (give or take a couple of twists). But even then, she was much too interesting to be restricted to a supporting role. First featured in her own 24 hour comic in 2001, she has been a Dreadful Gate regular even when Reception Man wasn’t.

Read All About Her!

Olga’s Secret Origin
Olga’s secret past is revealed, and we learn how she got to be a reporter!

Codename: Olga
Secrets are unveiled as I finally get around to submitting the first of Olga’s spy adventures!

Olgallery
Oh well, you can probably figure out what that is.