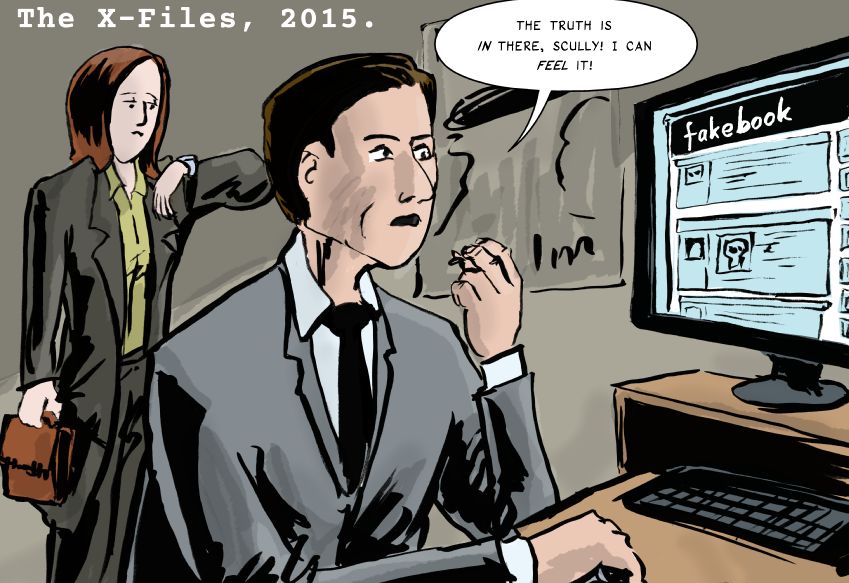 This show was one of the first to have a major following online, and judging by the amount of conspiracy nuts on the webs, its influence is still strong. I wonder how that’s going to play out in the new show. Maybe the feedback loop will implode the web?

I don’t know how Chris Carter plans to bring the gang back together, but here’s my pitch:

Remember Leyla Harrison, who knew all about Mulder and Scully because she was the one who processed all their expense reports? Well, she’s still (again?) in bookkeeping, and some of the reports she gets don’t add up. Sensing a conspiracy that affects the whole bureau, she turns to the only agents she can trust, mostly because they’re not active anymore: Mulder and Scully.

Like it? I do, mostly because I want to see Harrison again. She was an immediate favorite, long before I learned about the original Leyla Harrison she was meant to be a tribute to.

Hmm, I wonder if there’s already a petition for bringing her back somewhere…