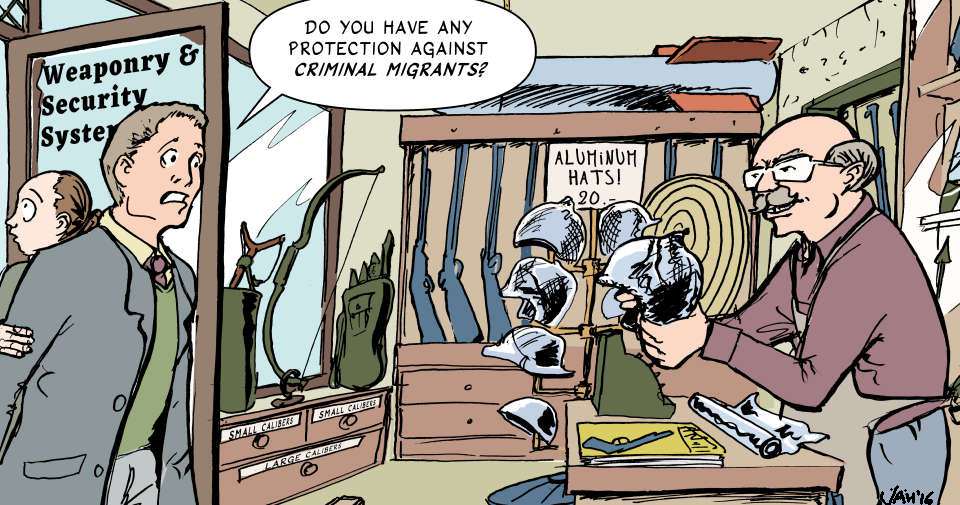 You know things are seriously going wrong when you side with gun vendors. Not the big weapons traders who bet on wars and stuff, but the small retailers selling guns to licensed sports people or whatever their narrative is. I don’t really care about them either way, but I read a handful of recent articles where some of them complained about how many people come to their stores these days and ask for guns to protect themselves against foreigners. Yes, in those words.

Now, in Germany you can’t just sell guns to anybody who enters your store and even if you could, requests like that would make any decent retailer ask for more than just an ID. But sales of CS gas have gone up, even though using that against people is just as illegal as using guns.

I don’t even know where to begin debunking the wrong that is at work here. Instead, I’ve made a cartoon.