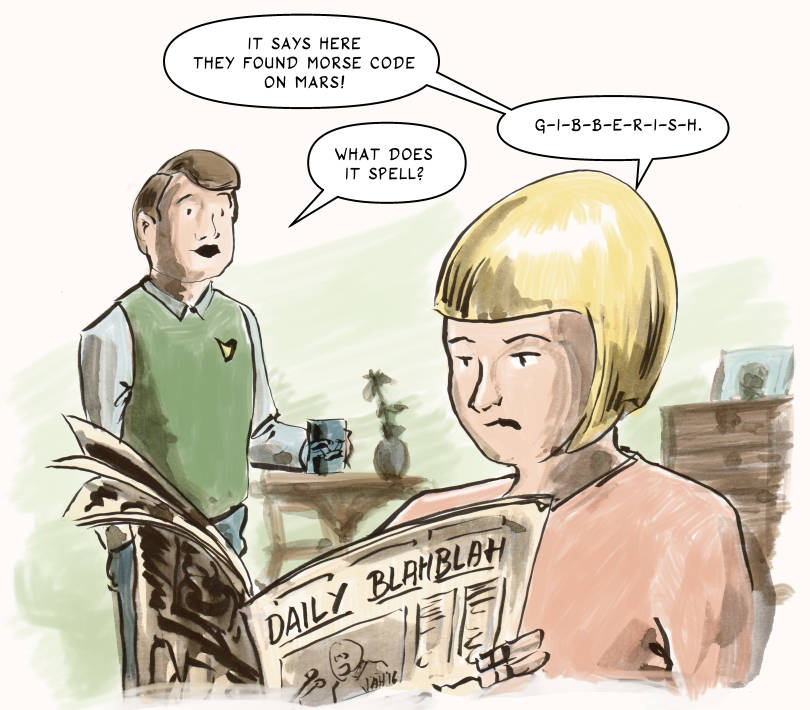 I don’t know how often I’ve seen this headline over the last week or so. And it was always “morse code”, not “a dune formation that somehow resembles morse code”. Somebody even transcribed it, just for laughs, and found out… nothing. I thought it would be funny if, instead of being meaningless gibberish, it would actually spell it.

So, what else is new? I’ve been to a handful of cons. You can see some of the sketches I made and other impressions in my Tumblr. I even made a little ebook for my patrons over at Patreon. (You know, like you can be. Just sayin’.) I’ve blogged about these cons, too.

Soccer fans among you may be pleased to see I’ve written a bit about that, too. And true to the team sport aspect of soccer, I did it from eleven perspectives.