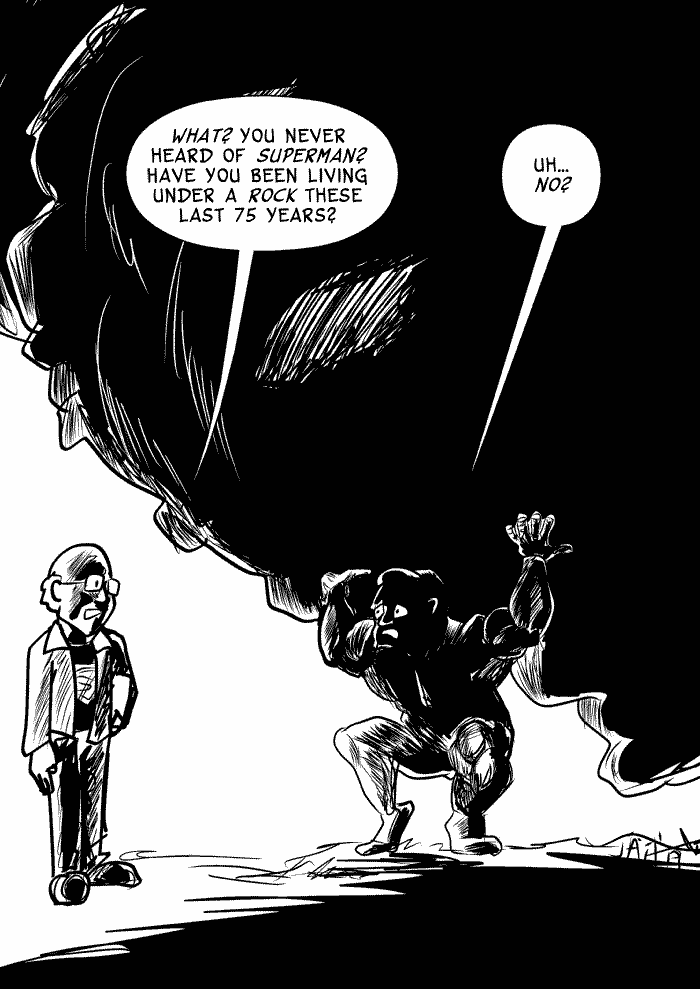 This is a cartoon I drew for Superman’s 75th anniversary a while back. I didn’t publish it here back then because I didn’t want to interrupt the ongoing Codename: Olga storyline. I did post it to my Tumblr, but some of you may have missed it there, so I’m running it again today, now that the coast is clear and Olga-free. It’s still about 75 years, right? And there’s a movie coming up?

What can I say about Superman? He’s never really been my favorite superhero, but as a comics writer who has done his share of dabbling in that genre, I appreciate that there is no way around him. And let’s face it: the character is much better and cooler than he’s usually given credit for. (Okay, some stuff’s just ludicrous.) What makes him interesting to me is that, with all his powers, he chooses to not be a bully. Because he wants to be accepted by humanity. Also, super-ventriloquism! (I think Kurt Busiek came up with that one, in a very early comic of his.)

This article about Superman’s perceived lack of awesomeness makes some more points. It’s a good read and, if you’re among those who think the character is by default rather meh, it’s actually quite thought-provoking.