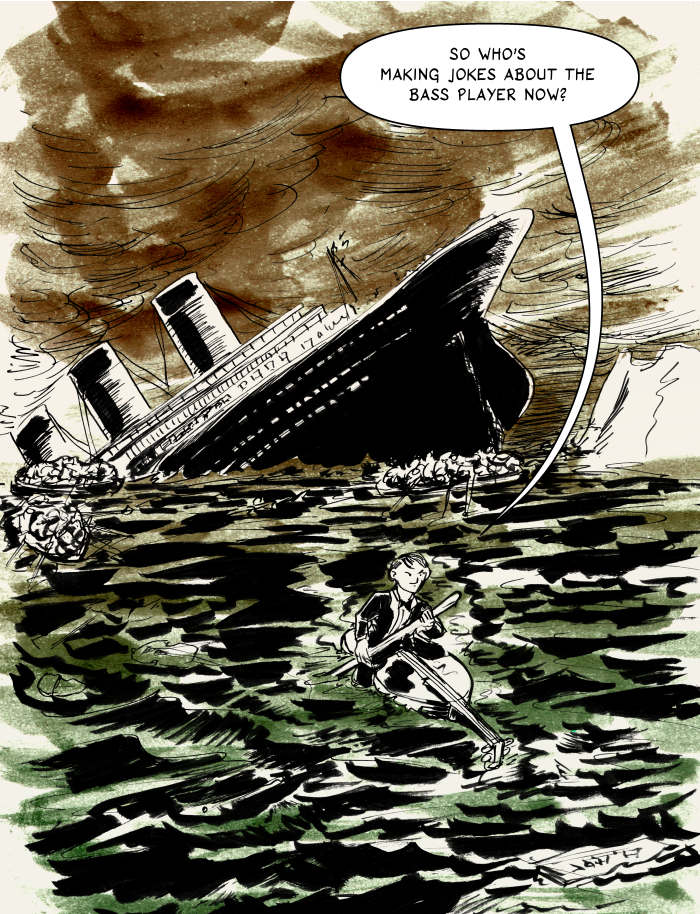 Time to get back into non-political stuff.

Bass players used to be at the receiving end of jokes because, as a cliché, they were the ones in the band who cared more about the music than about hanging backstage – often to the point of arrogance. Joking abut that is funny because it speaks to (assumed) power, or at least confidence. Now the joke seems to be that the bass player can’t play. If that is true, it isn’t funny because there’s no power in that. If it isn’t, it’s even less funny because there’s no truth to it either. Long story short:
I don’t get it.

Best explanation I have is that people tend to fear and ridicule what they don’t understand and nobody who’s not a bassplayer really understands what a bass player does.

Huh, good thing I’m not doing anything political this week…