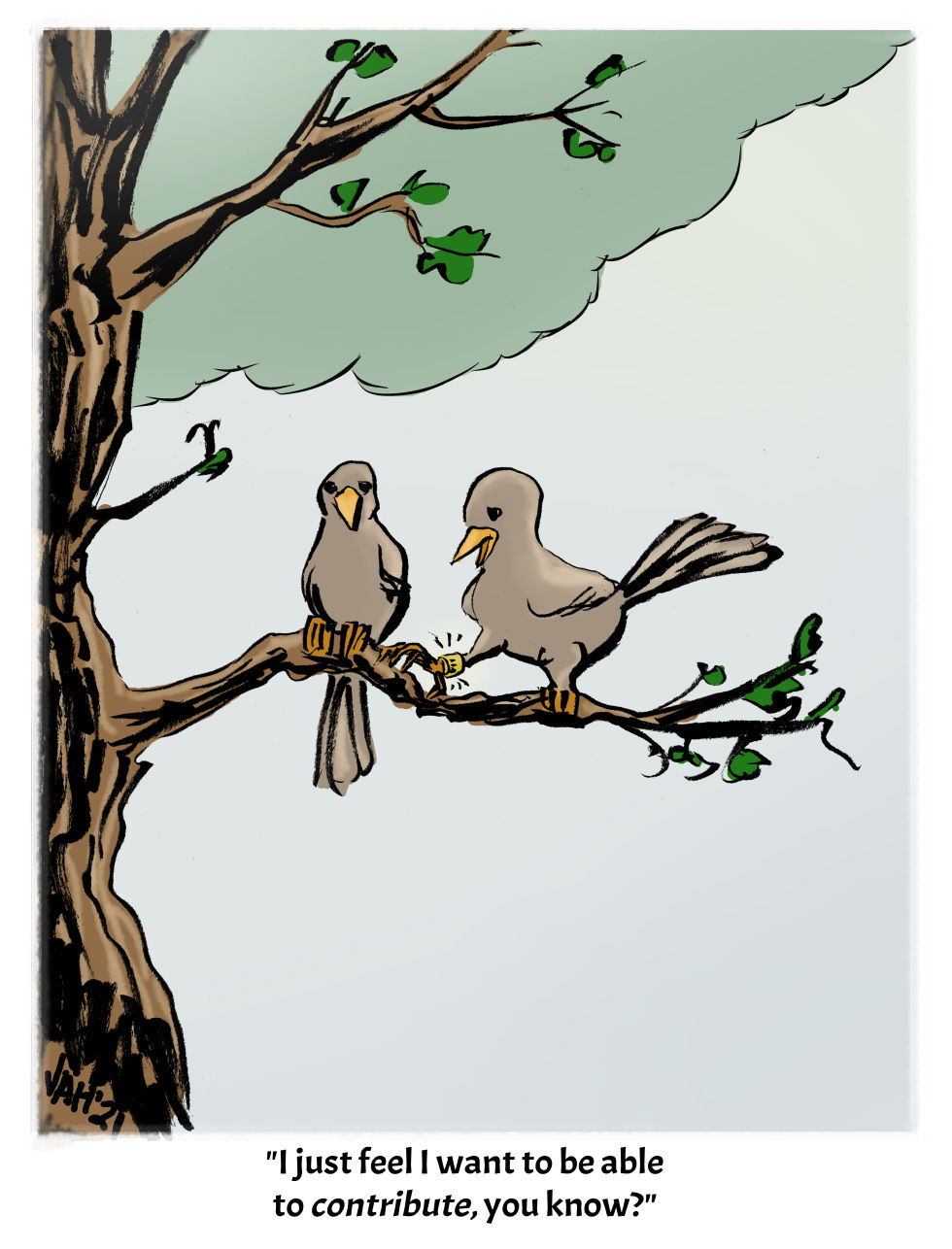 When I drew this cartoon, two years ago, it was just a harmless joke about birds. Little did I know that by now, the mere notion of contributing to a greater good – be it science or public health – would be politicized. Either way, I still like the cartoon for its original intent – and if it inspires anybody to contribute in their way, all the better.

If you’re interested in these sort of things, this is the third of a batch of cartoons I drew during my Summer holiday two years ago and kept as a reserve because they weren’t topical and could work any time. The other two are also about animals. Must have been a really relaxing holiday.