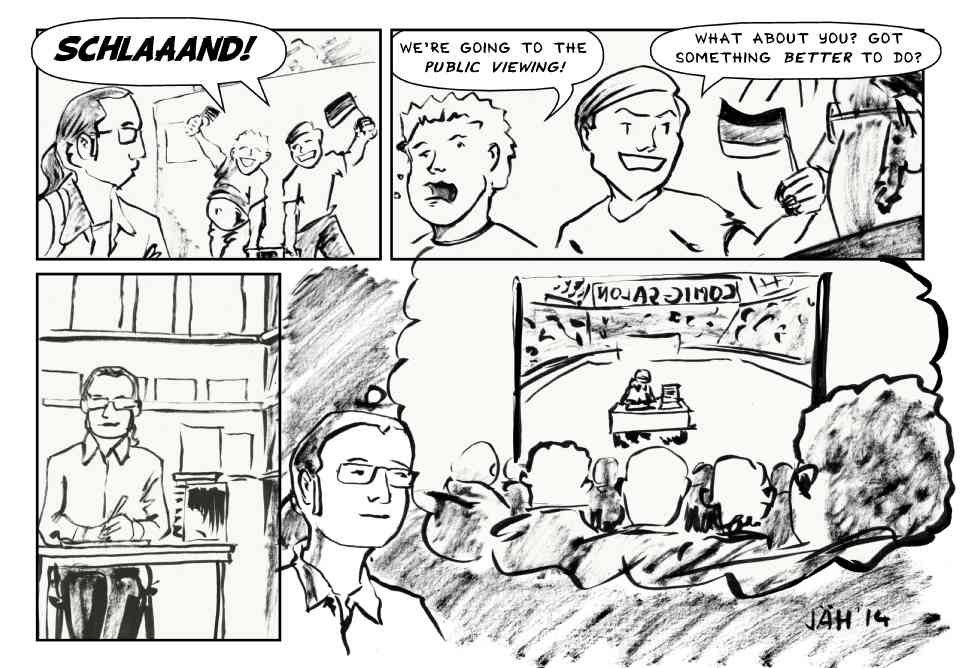 Not sure how well this comic translates into English – Schland and all. Oh well.

This week is the one every German comics active marks in her calendar two years in advance – The week of the International Comic Salon in Erlangen. If you happen to be in Germany around now, make sure to drop by – it’s worth it.

I’ll be there in two capacities – really, I’m even listed under two names. For one, I’ll be manning the Edition PANEL booth (No. 77) most of the time. Some of the time, though, I’ll be hanging out with the webcomics collective Comic Solidarity at booth 80, signing books once on Thursday and introducing my webcomics with a slide show on Saturday. There’s even a public viewing of sorts on a big screen in front of the booth!

I won’t be able to tweet signing times and stuff, so if you don’t want to miss me making doodles, be sure to ask either for the schedule or a doodle.

See you there! Or, well, some of you. I’m aware that a lot of you aren’t even close to Germany right now.