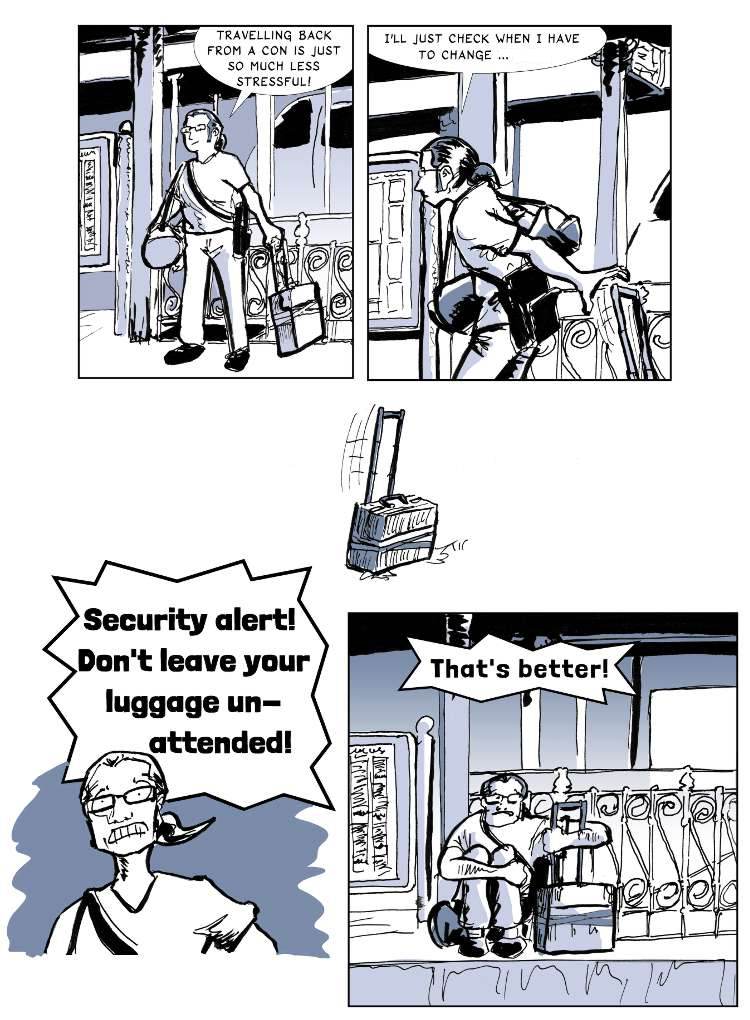 This actually happened. Well, kind of.

I took some creative license in the final image. But everything else happened exactly like this.

The con I’m returning from here is, of course, the Comic-Salon in Erlangen.

In other news, I’ve started (or at least, pledged) to get back on the Patreon horse after quite  a while of not. Mostly because I have a fine upcoming publication to use as a reward for would-be patrons but also because I’ve abandoned it for too long.