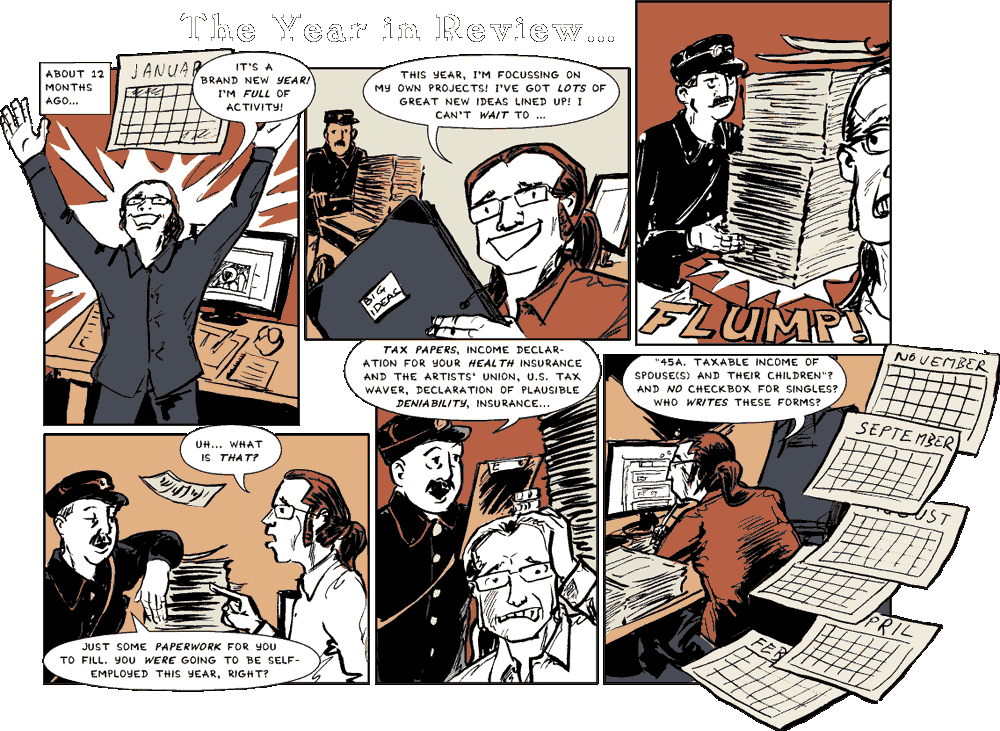 You’d think that, being a German, bureaucracy was in my blood. But there’s bureaucracy, and there’s bureaucratism. I’ve never had much trouble declaring my taxes, for example. (Although I hear the EU are working to fix that.) But I had to fill at least three forms for my health insurance to figure out how much I’d have to pay each month, and then they just ignored all that and made up a flat rate. Which resulted in another two of those forms.

My health insurance is also responsible for the form that didn’t leave me a checkbox to clarify if I even have a spouse or not. I did my best to write that between the lines, which they filed as inconclusive and sent me another form. Well, at least at some point I could declare that imaginary person’s income (0€) and leave it at that.

So, that was my year. Or at least it feels like that, in hindsight. How about yours?