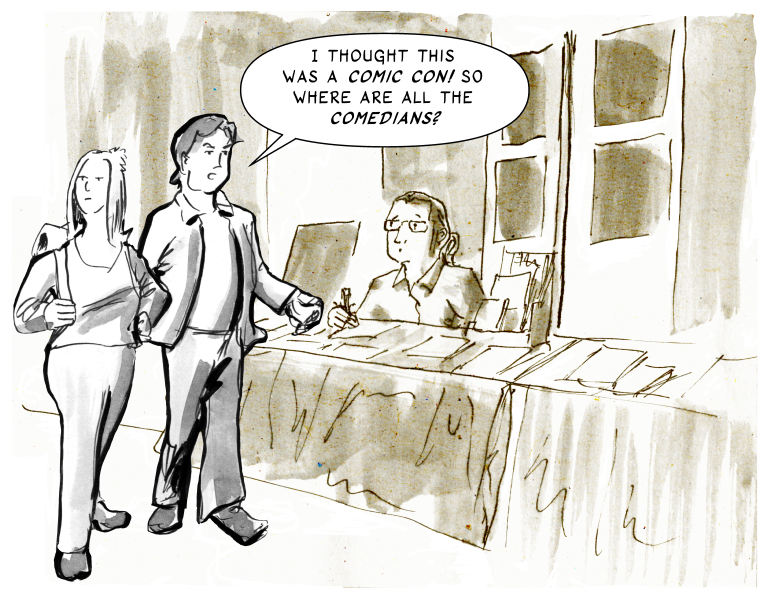 I’ve just been to my third Comic Con. The second one in Hannover. I’ve been hesitant about signing up at first because last year’s wasn’t really that successful, but I liked it enough and it was their first time, too, so I was willing to cut them some slack. Also, free table.

At the end of the day, it’s all about having the right expectations and preparing accordingly.  Also, I may be wrong, but I seem to have sold more comics than last year, even though I came prepared to focus on posters, cards and sketches.

Even so, one remark I’m kind if sick of hearing is the one about how Comic Cons aren’t about comics at all these days, just about TV personalities and, apparently, YouTubers.

Seriously, folks: Get over it! This is how that kind of venue works and we all know that. If it isn’t for you, that’s okay. But don’t go demanding stuff that isn’t there just because it has that name.

You should know better anyway: Comics people should be the last to make that kind of statement based on a name that a thing got stuck with even after it evolved into something else. People have been trying to challenge the thing we’re doing ever since the first not-funny ‘comic’ strips came up. They tried to establish new names for it, none of which stuck. Seriously, we should know better.

There’s another Comic Con in Munich next weekend (in addition and maybe opposition to the Comicfestival that’s going on there now, just to confuse things) as well as one in London. Visit them or don’t, but please be nice about it.