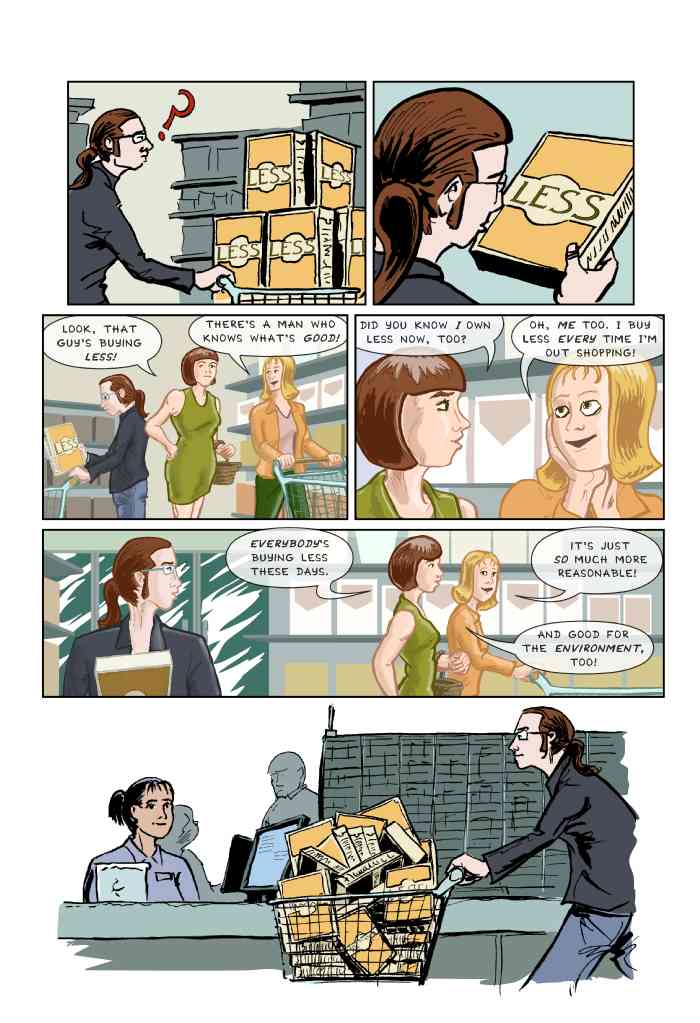 This is one of those ideas one gets late at night instead of sleep. Well, I did. I remember, first it was the heat that kept me awake, then it was the idea.

Actually, I like the idea so much, I’m thinking about releasing a product called LESS. I mean, think about it. The advertising copy practically writes itself! “Everybody has less now!” I could release it in several package sizes, too! Less, Much Less etc.

In the original idea, I wrote “less” on a package in the supermarket myself, art guerilla that I so totally am. What remains from that idea is the style change in the middle (that part would have been my fantasy in the original comic) and the fact that it’s a Max File even though it’s not at all about comics.

Speaking about less, I’ll be doing a lot of that in the next couple of weeks. I’m not planning on making it a real Summer break – after all, I just did that last year. But I think I’ll be posting some smaller, simpler things for a few weeks, sketches and stuff.

Because of the heat.
Because everybody’s on holiday anyway.
Because I’m behind on website work.
And, of course, because “less” is hip these days.