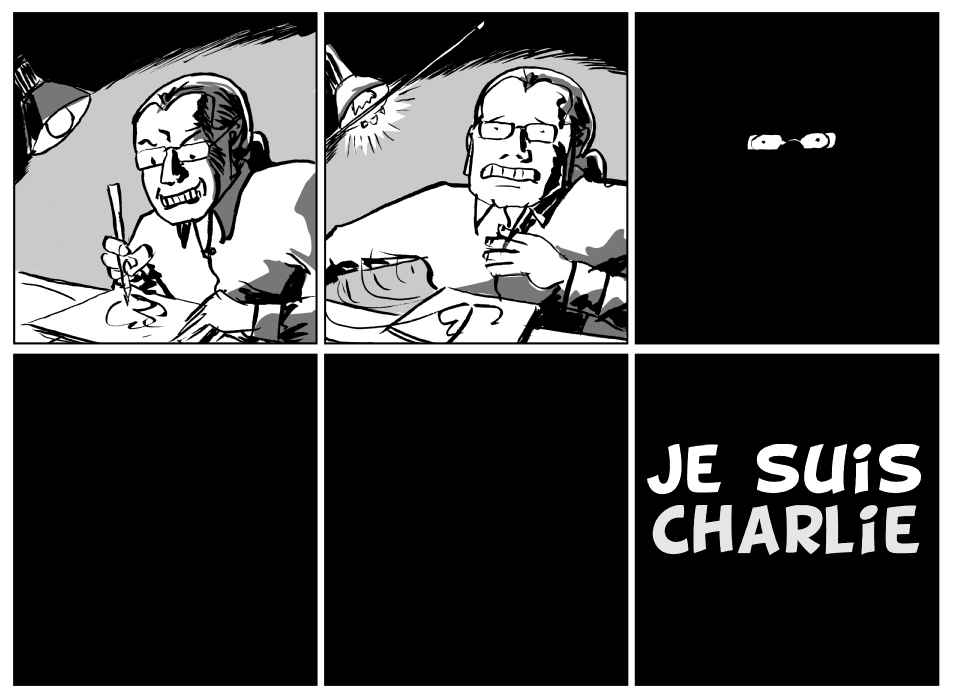 I am by no means a political cartoonist, occasional rants aside. But today’s attack on the Charlie Hebdo headquarters in Paris hit a little too close to home to just do nothing.

I mean, who knows what’s next on some nutbag group’s list of stuff that needs to be punished? Could be comics about girls who use magic and talk back at their parents, for all I know. 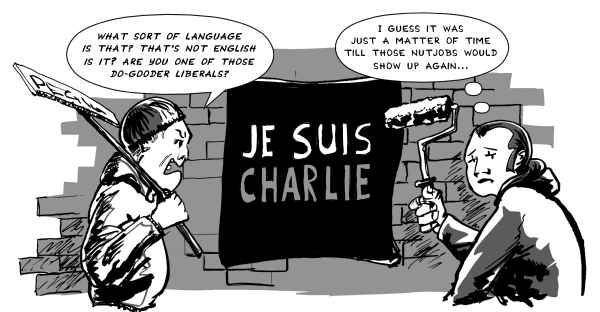 This is actually the first idea I had, or at least the first that would make any sense. I went with the other one because it captured the helplessness I sensed in the scene better. But it’s important to not use this one tragedy to fuel the next. That’s where this comes from.

If you’re not from Germany, you may not know about Pegida. Lucky you. But I hear the news has spread Internationally, too. Look it up at your own peril.