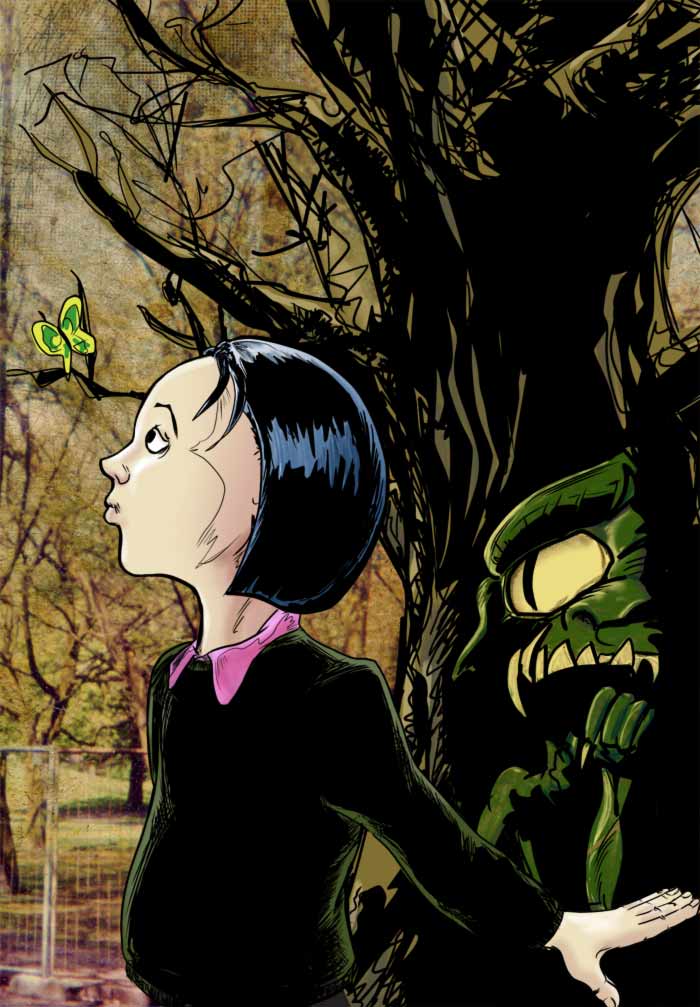 It’s been a while since I’ve added a new face to my Who’s Who gallery, and this one has been burning a hole into my to-do list for quite a while now.

Amaya is about the only girl in school (except for Conny) who’s not afraid of monsters. Other than Conny, though, her reason is that, obviously, monsters don’t exist! Which makes Conny either a fraud and a show-off or delusional. Exposing her has become one of Amaya’s favorite occupations.

Originally introduced in Another World as one of Sophie’s friends who got lost in that other world, Amaya seems to have reasoned that experience away quite efficiently. She’s actually that good at rationalizing whenever she comes across something spooky. If she hasn’t planted it herself…

Here’s where you can find Amaya: