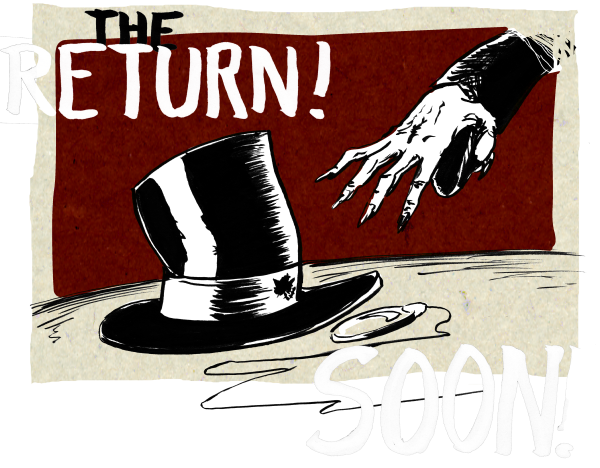 The return of whom?

Regular readers will no doubt have regognized that particular character’s menacing features! That’s all I can say right now, folks!

About the when… I’d say next week, but if I had said that two weeks ago, I’d have been wrong. I spent most of last week recovering my crashed computer – actually, I still haven’t reconfigured everything yet. This isn’t just bad for punctuality, it totally wrecked some other plans I had as well. … More about those later. That’s all I can say right now, folks!