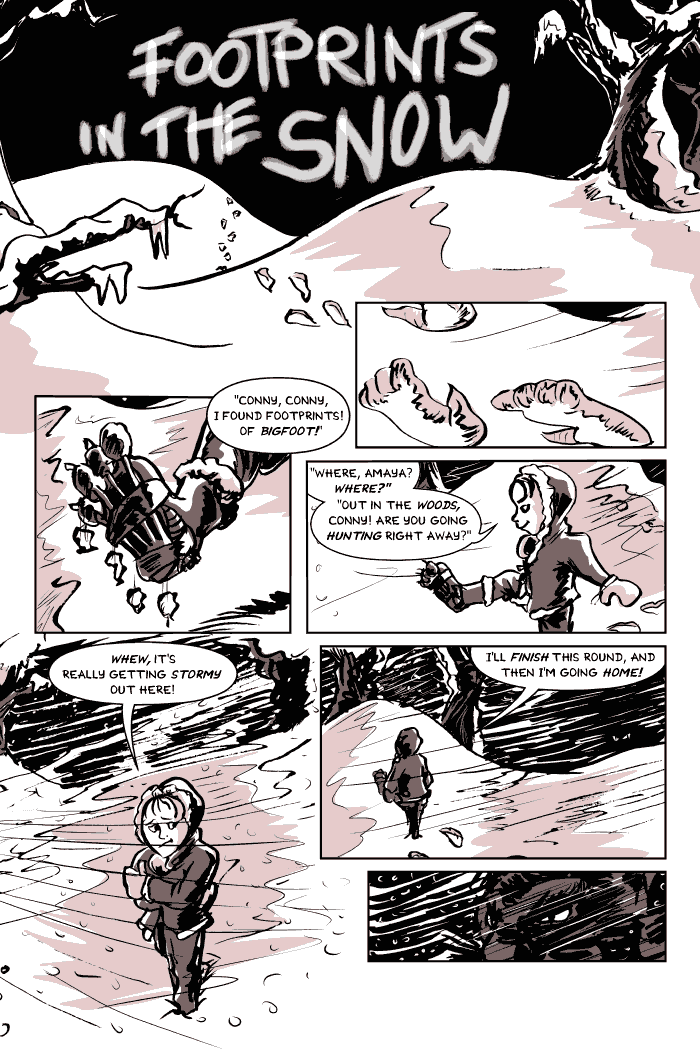 Footprints in the Snow

“Funny, the things you think you see in a weather like this!”

Welcome to the traditional Winter special, which, as in previous years, will get us all into that special end-of-the-year mood before we’re going to close shop until January.

While plotting this story, it soon became evident that I’d never get it down to two pages, as I originally intended. So there won’t be a Winter break this year. Instead, this story will carry us all the way into the new year! (On a similar note, I didn’t really plan to launch it this week already.)

Oh, and if you’re expecting a Christmas story – no such thing. I think I’ve said all I’m going to say about Christmas for now. It’s not that interesting, you see. But there’s snow!