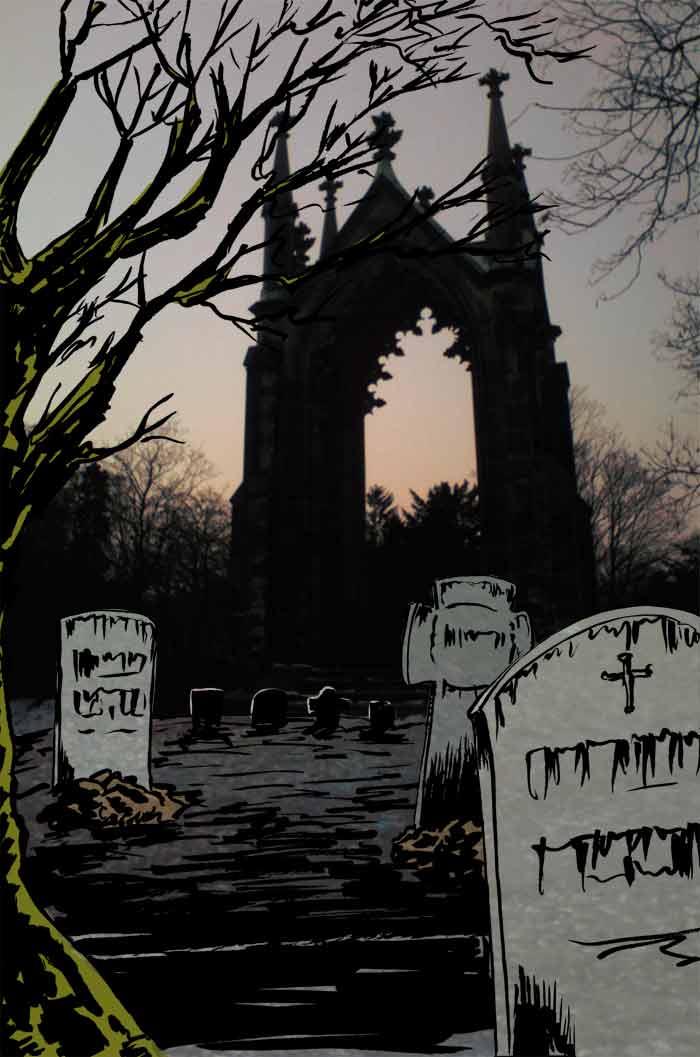 By now, we’ve learned quite a bit about that strange boy who keeps appearing (and disappearing) on Conny, sometimes to leave mystical clues, sometimes to help out, sometimes just to hang out.

The thing with ghosts is, they usually disappear as soon their story is exposed. Conny has learned to accept that, since she met quite a few of them during her time as a monster hunter. Garwin doesn’t seem to want to disappear. He’s rather content spooking around, although he’s not really that good at all aspects of it yet. For example, he only got a c+ in Leaving Mysterious Clues!

Read all about Garwin in these stories!