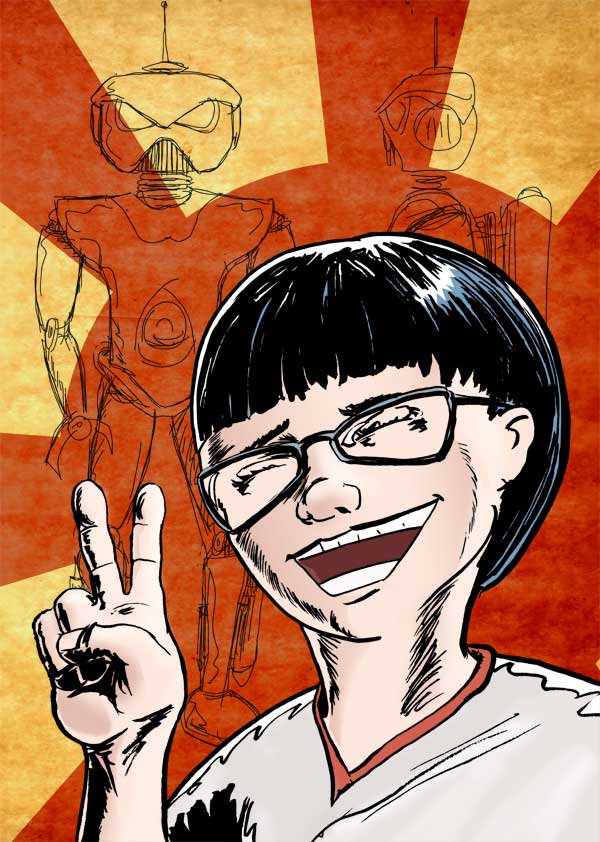 Gaijin is one of my favorite characters. Right away when I first introduced him as a potentially disposable supporting character in Tales From The Sandpit, I knew he’d be back. Because he’s just so much fun to write.

Gaijin (he hates it when you call him that, btw) is a big fan of all things Japanese. So much so that he entirely immerses himself in Japanese culture (or his manga-inspired imagintation of it) and really doesn’t want to be reminded he’s not, in fact, even Asian.

Which brings us to Conny.

Gaijin hates Conny. Not just for constantly reminding him that he isn’t Japanese, but for bringing the monsters into his world, for the fact that the monsters are much cooler than the battle robots he makes up, and because she’s a girl.

He has to admit, though, that Conny’s arrival is the most interesting thing that ever happened in his neighborhood.

Gaijin appears in these stories and pinups:

BTW: As a “bonus track” to today’s pinup, here’s the robot sketch from the background!