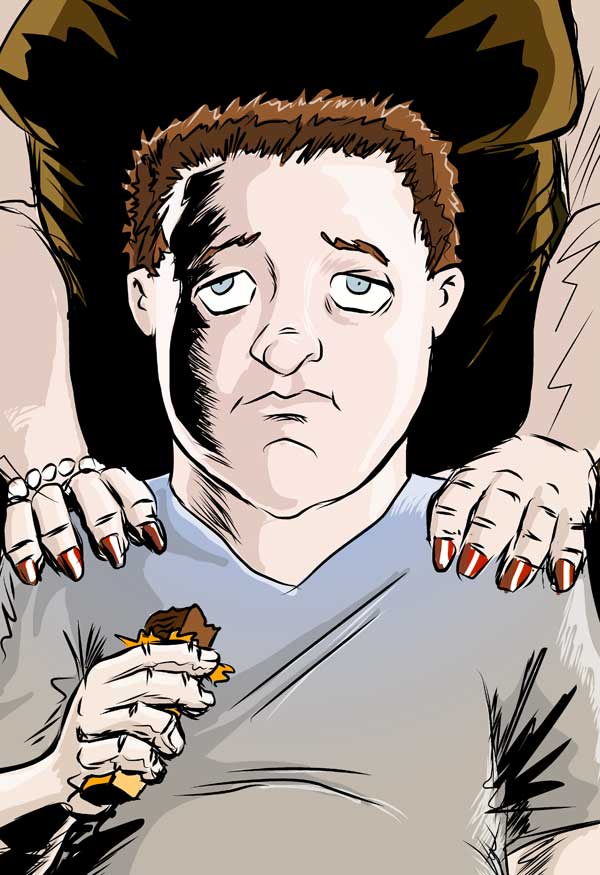 Kevin, more than any other character, is what his parents make him. A sophisticated mix of drugs designed to make him calmer, smarter and friendlier makes sure of that. It also makes him sort of braindead, and since that zombie incident the dose has been reduced. He even sometimes makes complete sentences now.*

This is another one of those characters I made up for just one story but who kept popping up whenever I needed an extra. His habit of not talking much makes him the natural choice as a background character. Lately, he began playing a more active role, too. Who knows, maybe someday he’ll be the one to save the day. Probably when that requires a lot of inactivity.

See Kevin in these stories and images:

*) This, btw, is by no means a riff on ADHD which has a bad reputation for being medicated with preformance-enhancing drugs. ADHD is a real thing – I have it myself -, but there was a phase when it seemed to get over-diagnoeed and over-medicated. Mostly by over-ambitious parents who expected their children to be geniusses and couldn’t stand it when they didn’t keep up with those expectations.