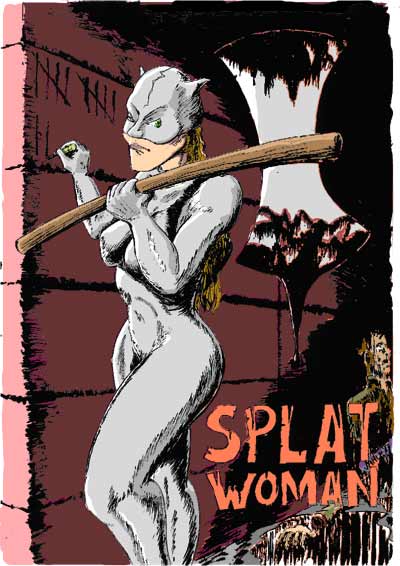 Since a major comics publisher just announced they’d reset their whole universe continuity in a couple of weeks, here’s a little blast from the past of my own continuity. Splatwoman ties in to the RECEPTION MAN universe, which I’m thinking of relaunching, too. Maybe in September, just for laughs.

This pinup was first published in 2000 on a now-defunct German web site.

You’ll be hearing more about RECEPTION MAN soon – after all, I haven’t even launched the title Internationally yet. So, no point in relaunching before that, right? Until then, you can see the character in a Conny Van Ehlsing cameo here.