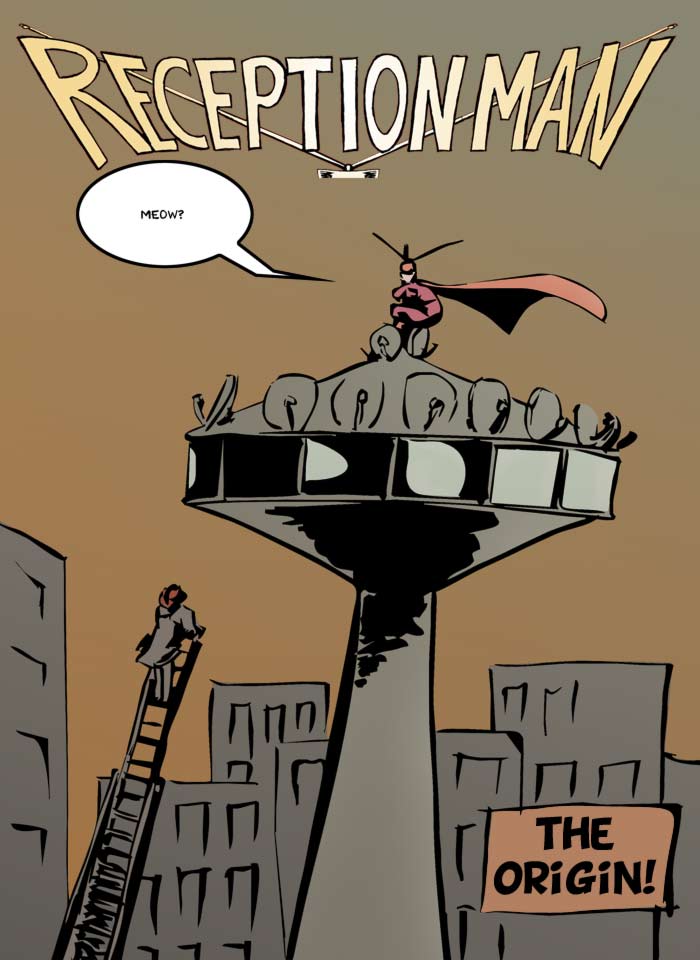 Man, do I have something special coming up for you!

Reception Man was the first book I published under the Dreadful Gate label, back in 1999. It used to be the title I was known by, before Conny Van Ehlsing, at least in Germany. But I never came around to translating it. (To be honest, I still haven’t. But that’s something I can worry about next week.)

It’s this series that featured the first appearances of star reporter Olga Stark and a certain teenage vampire hunter whom I’ve later developed into a certain grade school monster hunter. (Actually, you can read that story over in Conny’s section, where, interestingly, it serves introducing Reception Man into Conny’s world rather than the other way around.)

Anyway, now it’s time to let you in on how this whole venture got started. Consider this my Summer Special, since it’ll run until September. (A welcome chance for me to take a step back from making something up every week. It’s as close to a holiday as I’ll be getting this year.)