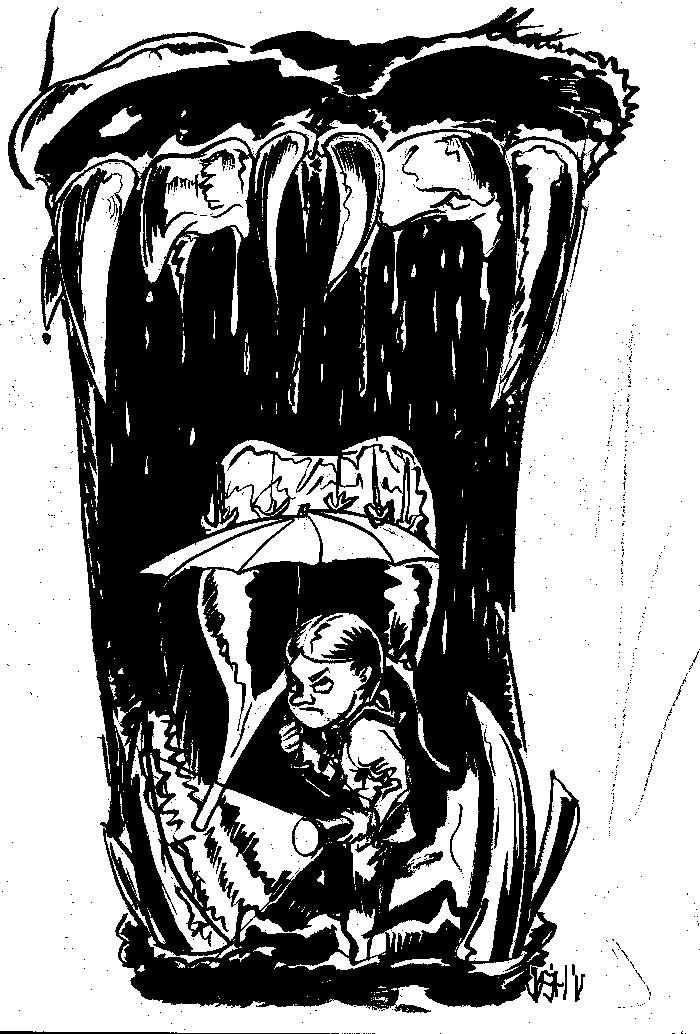 Next week there won’t be any Conny Van Ehlsing due to some fest about a bunny rising from the dead or something. Since I just finished a storyline, there’s no point in starting anything big this week. So I’ll make do with a sketch I made a while ago and saved for …. get it? … a rainy day.

This motif, probably scribbled during some con, eventually lead to this cartoon.

So, Conny will be back as soon as she’s done putting that undead bunny back to sleep. There will be another page of Codename: Olga next Tuesday, though.