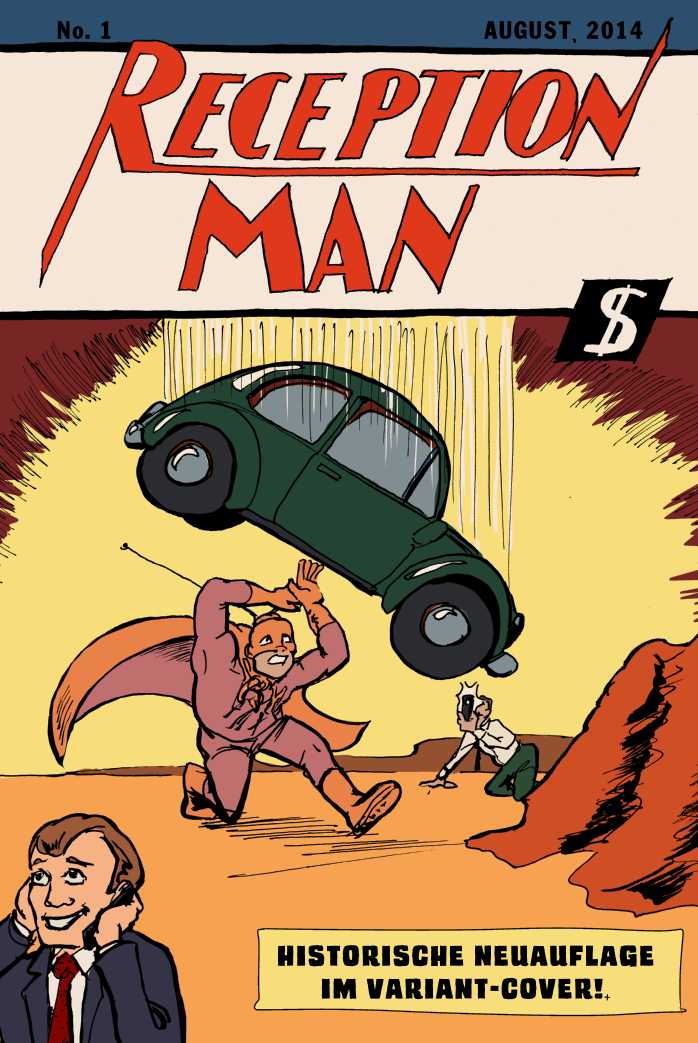 I hear there’s good money in comics these days! So I figure, if two completely unknown guys from New York can make a book that sells for 3.2 million dollars 75 years later, so can I! Except, I’ll skip the 75 years.

Above, you see the brand new variant cover edition of the latest Reception Man book, “Nie wieder Reception Man” (Reception Man never again)! It just went on sale for only 2.4 Million Euros (that’s roughly 3.2 Million $) plus postage over at my German site! Yes, it’s in German, but at these prices, nobody reads comics anyway! To make up for the 75 years it isn’t old, I’ll even keep it in my basement for a while and artificially hand-age it in my very own oven! So go over there right now and place your order! There are only very few of these available because my oven is rather small and my flatmate wants to have his pizza, too!