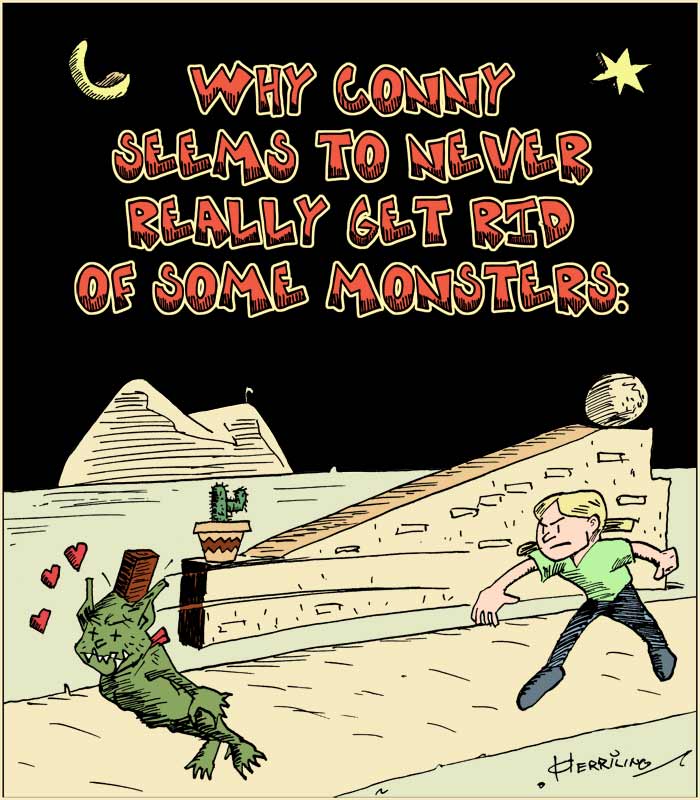 If Conny learned one thing at school, it’s that you can never prepare enough for what life has to offer… especially when it offers monsters!

Some people have silly ideas and dismisss them because they’re too weird. Those people are called “not webcomic artists”.

This is a little something I came up with only yesterday. Like just about everybody I know (and who knows Krazy Kat), I’m a big fan of George Herriman’s work, so there was no way I’d pass up this idea. (If you’re one of those two or three comics fans who don’t know what I’m talking about, look it up. Now. You can thank me later.)

If I had had more time, I’d have hand-colored it or at least added some texture, as well as hand-lettered the text. But I’m already half an hour or so behind my self-appointed deadline… The font, by the way, came via Dafonts.com.