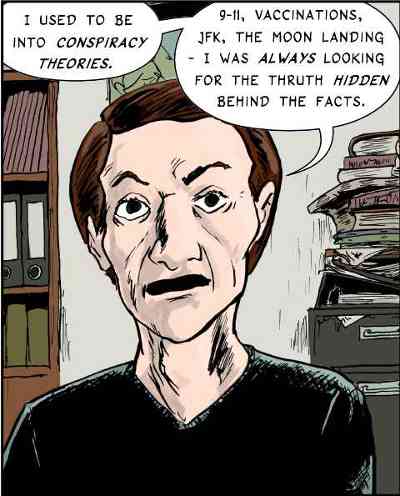 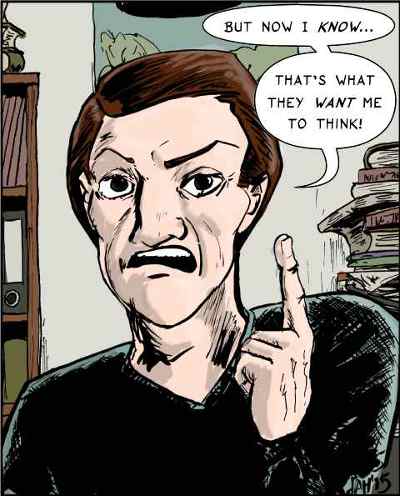 I used to love conspiracy theories. Not like the friendly guy above, more in the sense of making them up as a spooky little fun exercise. And watching The X-Files a lot.

But since 9/11, conspiracy theorists seem to have become way too serious about their beliefs. And outright dangerous if you think about the vaccination deniers.

So, here’s a theory for them to chew on. Maybe it’ll help.

If you want to know more about actual skepticism (not the denialism that sometimes calls itself that), I recommend podcasts like Rationally Speaking or The Skeptic’s Gude to the Universe. I listen to them a lot while drawing comics. Sometimes makes it hard to dream up believable monsters for Conny Van Ehlsing, though, when everything is so easily explained and not at all mysterious.

The guy from today’s comic, by the way, is based on a character I drew last week to try my new drawing program Krita. I briefly considered using it to draw today’s comic, too, but that would have taken too long. Anyway, here’s the original drawing: