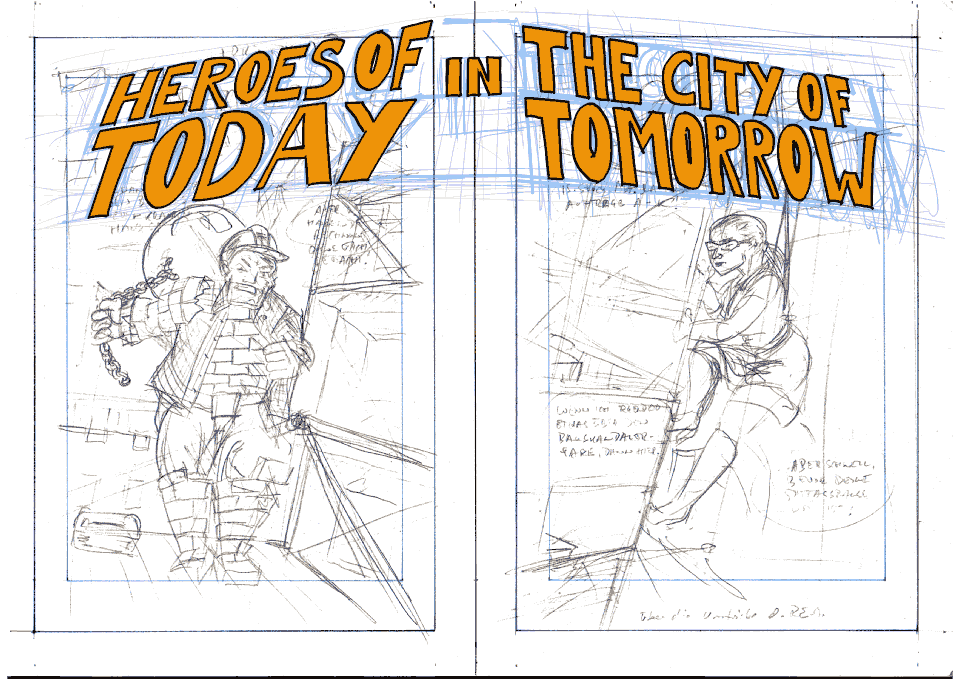 Heroes of Today in the City of Tomorrow

Who are the real-time heroes of today and what are the challenges they face?

In 2007, years after I’d last drawn Reception Man, I was asked to contribute to a superhero exhibition in Basel, Switzerland. Guess I was still the go-to guy for super stuff in the fanzine scene here. Working, as usual, on several things at once, somehow my research about a city planning scandal bled into the series of splash panels I wanted to submit.

When I started writing Reception Man again a couple of months later, one of my main concerns about the character had already been addressed here: just how relevant are they nowadays, those very physical heroes fighting crime in the streets rather than where it really blossoms, up in the executive offices?

That’s what this series is about. See them as the opening splash pages of a big superhero crossover event that’s all about this sort of crime. I admit I was tempted to write up the complete six books, but since in comics the story is told in the white space between the panels, this one’s already all there between the splash panels.