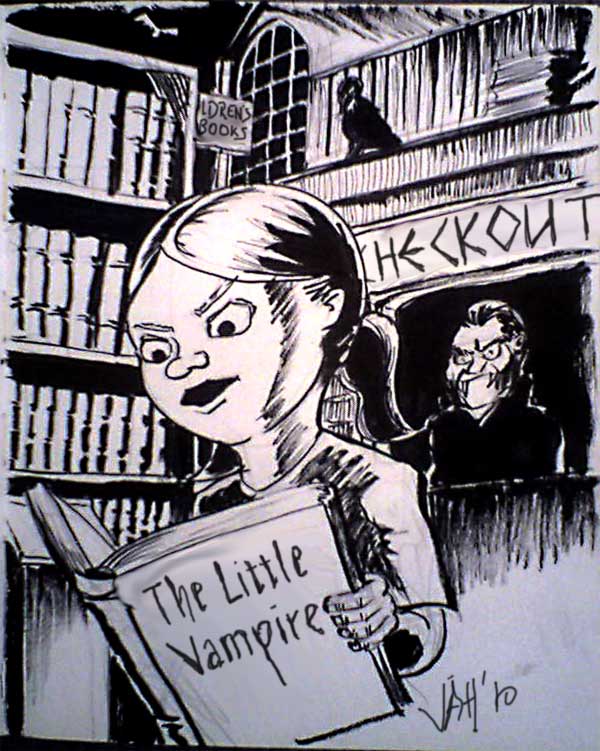 This is a sketch I made at a con a while ago, by request. I liked it enough to capture it with my phone, and yes, do I need a better phone camera! Didn’t publish it before because I wanted to do something about the image quality first. But looking at it more closely, I think the natural shades from photographing it under the table do work in its favor, after all.

I don’t know how famous The Little Vampire is outside of Germany, but you don’t have to really know it, I guess. Heck, I don’t know much more than the title and that it’s a children’s book. I could have had her read Twilight, of course, but that joke’s been done, and I don’t really want Conny to read stuff like that at her young impressionable age anyway.