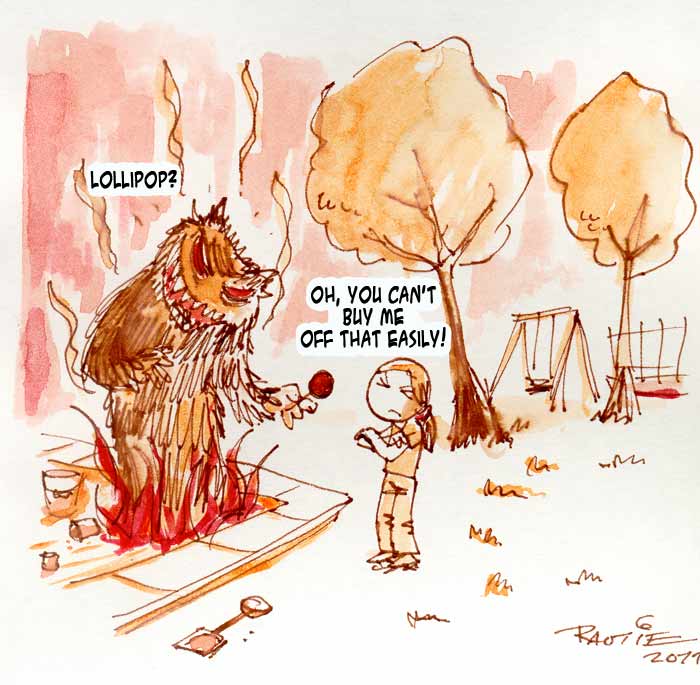 Rautie is the artist behind several German comic strips and comics, all of which are very funny and off-beat.

Willy the Kid has been running in the Hanauer Anzeiger since they invented the printing press and has been collected into an album last year. So have Familie Rappelrübe from the Rappelpost, Coco Fisch and Fitzgerald, which I can recommend here because he wrote it in English, being entirely without words and all. His debut album Heinz und Pifie was awarded the ICOM Independent Comic Award for best comic in 2000.

Also, he’s a real swell guy and wasn’t offended at all when I spoofed his Willy the Kid style for a Conny sketch a while ago.