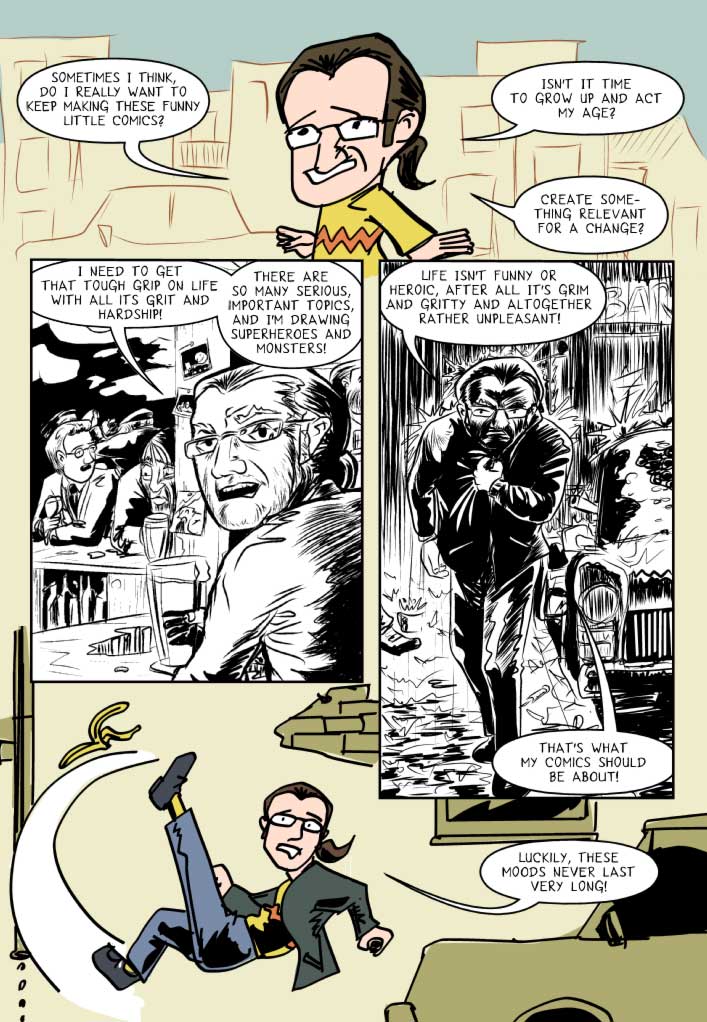 Sometimes I really think about these things.

I think the idea of entertainment being somwewhat less relevant than, say, political commentary is kinda hard-wired into any world-aware individual. Here’s the fun stuff, and here’s the important stuff. So it’s kind of natural to question one’s own entertainy stuff every now and then. Also, sometimes I just want to do the grim and gritty. Loks like fun to do.

What I don’t think, though, is that the kind of comics I make, those funny, cheesy, superheroic, spooky comics, are somehow less relevant than other comics. It’s just that, insofar as they have messages and morals, they hide them better.

And at the end of the day, I’ll go with vthe story that’s fun to tell and will be fun to read (hopefully). There’s some relevance to that, too, you see.